Launch of the Laurus Trust brings stars and students together 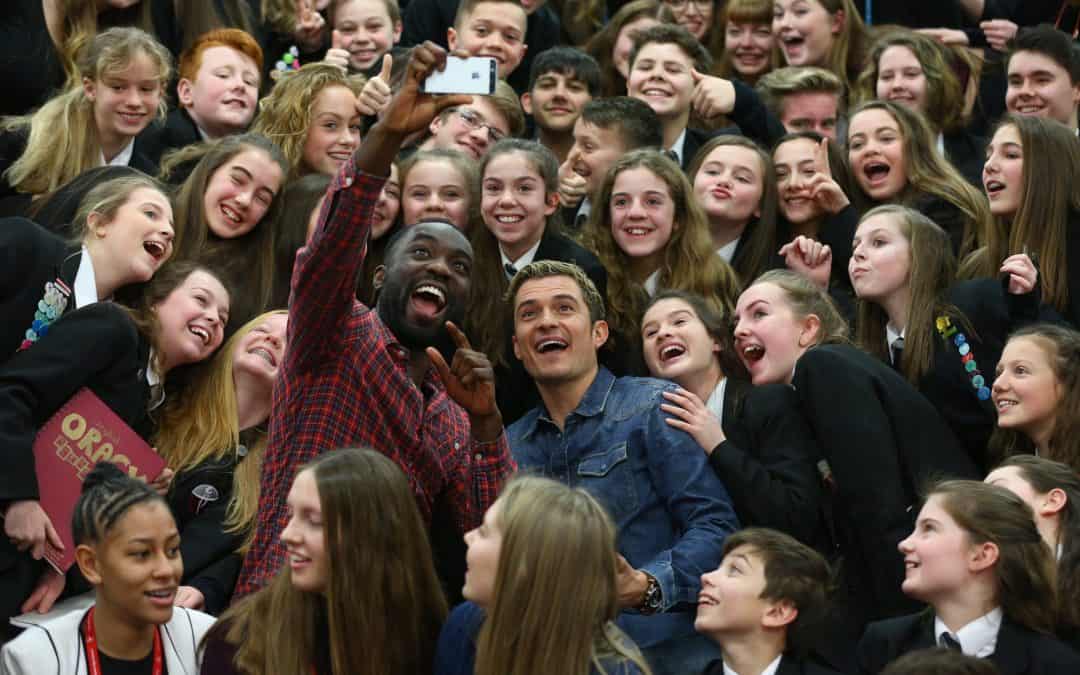 Orlando was joined by acclaimed stage actor Paapa Essiedu (best known for his recent acclaimed role of Hamlet at the RSC last year) and both actors’ former drama coach Patsy Rodenburg, who has created a unique Culture, Creativity & Rhetoric Curriculum (“The Cicero Curriculum”) for the students across Laurus Trust schools. Orlando, Paapa and Patsy (who is a member of the RSC Board and known for her tireless passion for the importance of the spoken word) worked with the Education team from the Royal Shakespeare Company (RSC) to run a series of fun and inspiring sessions for students at Cheadle Hulme High School, an academy with a reputation for outstanding teaching that was recently named in the Sunday Times ‘Parent Power’ top 25 comprehensive schools in the country.

The workshops involved students in Year 7 (11-12 years old) and Year 12 (16-17 years old) – inspiring the students to explore and enjoy drama, but also teaching skills that will also help them with university and job interviews, confidence, critical thinking, debating, general presentation and more.

“This was a fantastic occasion for all the students – it’s not every day that stars like Orlando and Paapa drop into our school! We are proud that Cheadle Hulme High Schools sits at the very heart of the Laurus Trust, which has big, exciting plans to really drive excellence in education in the North-West. Our students and teachers already achieve outstanding results – this new approach and investment will take us to the next level.”

Andrew Law, Chairman of LFET, and the sponsor of the Laurus Trust said:

“Over recent years there has been substantial progress in the academic performance of many state schools and there are great success stories out there, especially at Cheadle Hulme High School – my old school. This is about building on that strong academic foundation – recognising that outstanding exam results are only part of the necessary skill sets required to win top university places and thrive in careers. We want schools where students are able to reach their full potential and not be constrained by their family history or geographic location, and not to be afraid of failure.”

“Studying the art of performance changed my life forever – opening the door to the career I love. I believe that every student, regardless of where they went to school, deserves the chance to learn these skills and it’s fantastic that Patsy and the Laurus Trust are placing such importance on this area. The focus on core areas like presence, rhetoric and performance is really giving these students the tools to succeed – whether its acting on stage or competing for the best jobs and university places.”

In addition to the LFET, Andrew Law’s other main charitable initiative is the Law Family Charitable Foundation (LFCF), which amongst other activities, is the principal funder for the charity Speakers for Schools. Speakers for Schools provides young people in UK state schools and colleges with access to talks from eminent leaders from sport, science, politics, business, academia, media and the arts – free of charge.